I found new good information on Great Human Journey chart in Archaeology Magazine and modified by my idea.

Firstly, half sunk Sundaland is very important for Asian history and should be  paid attention to it as an original area, I call it Pangkal in Bahasa Indonesia.

Toba eruption happened around 72,000 BP, so should be checked more carefully in world history. Evidence of remains are found in India.

And should be checked artifacts in Japanese archipelago, too.

Sorry in Japanese chart below, but original Japanese, Nihon Sojin, could have prevailed all over Japanese archipelago from south, Kyusyu to north, Hokkaido for about 10,000 years time. 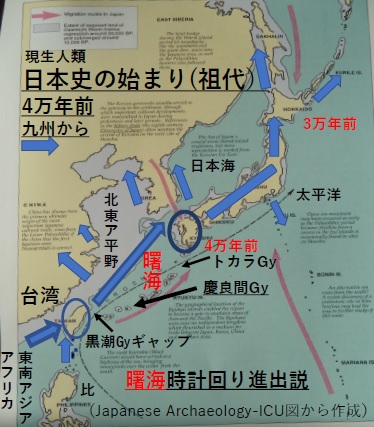 No doubt they’ve continued to going up north to Beringia in relative warm temperature condition and with good food resource, as no Putin, Russians were there! 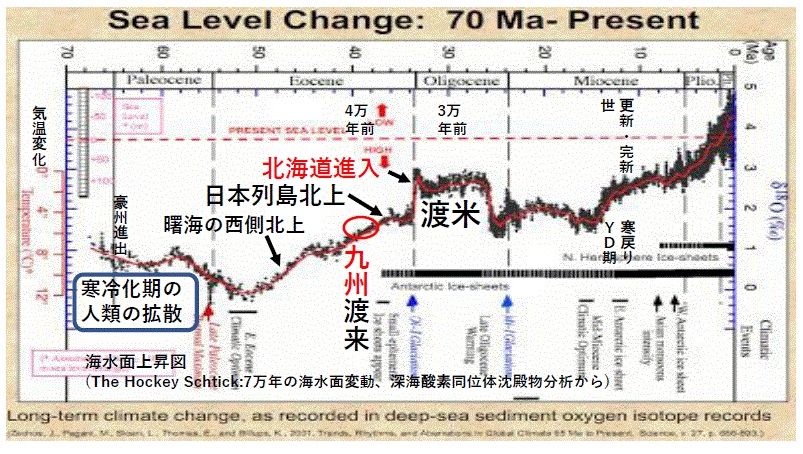 Around 30,000 BP for 8,ooo years period, relatively warm and it was possible for Nihon Sojin going in Alaska from Hokkaido before Last Glacial Maximum along kelp highway, good food area.